up (re)arranged
into one word
by two bodies
in conversation
here! now? no! where? nowhere. fourfold

Just as in the previous creation – Autonomous Scenography (2014) – “Fourfold” resists to a fixed narrative or a singular conceptual frame. It is instead, first and foremost, a living encounter between Meryem and visual artist Guy Rombouts (1949, Antwerp). In this encounter her proposition of a space was given as a gift to the body of the fellow artist. Guy`s response to it, his “unpacking¨ of Meryem`s spatial gift will generated a core of the “Fourfold” event. Around the edges of it, Meryem continued working, adding and subtracting material and immaterial elements to the unfolding space – objects, vocal interventions, light and sound cues. Those improvised yet clearly defined fragments were introduced into the performance as a generative power through which the initial meeting between Meryem and Guy was continuously renewed. 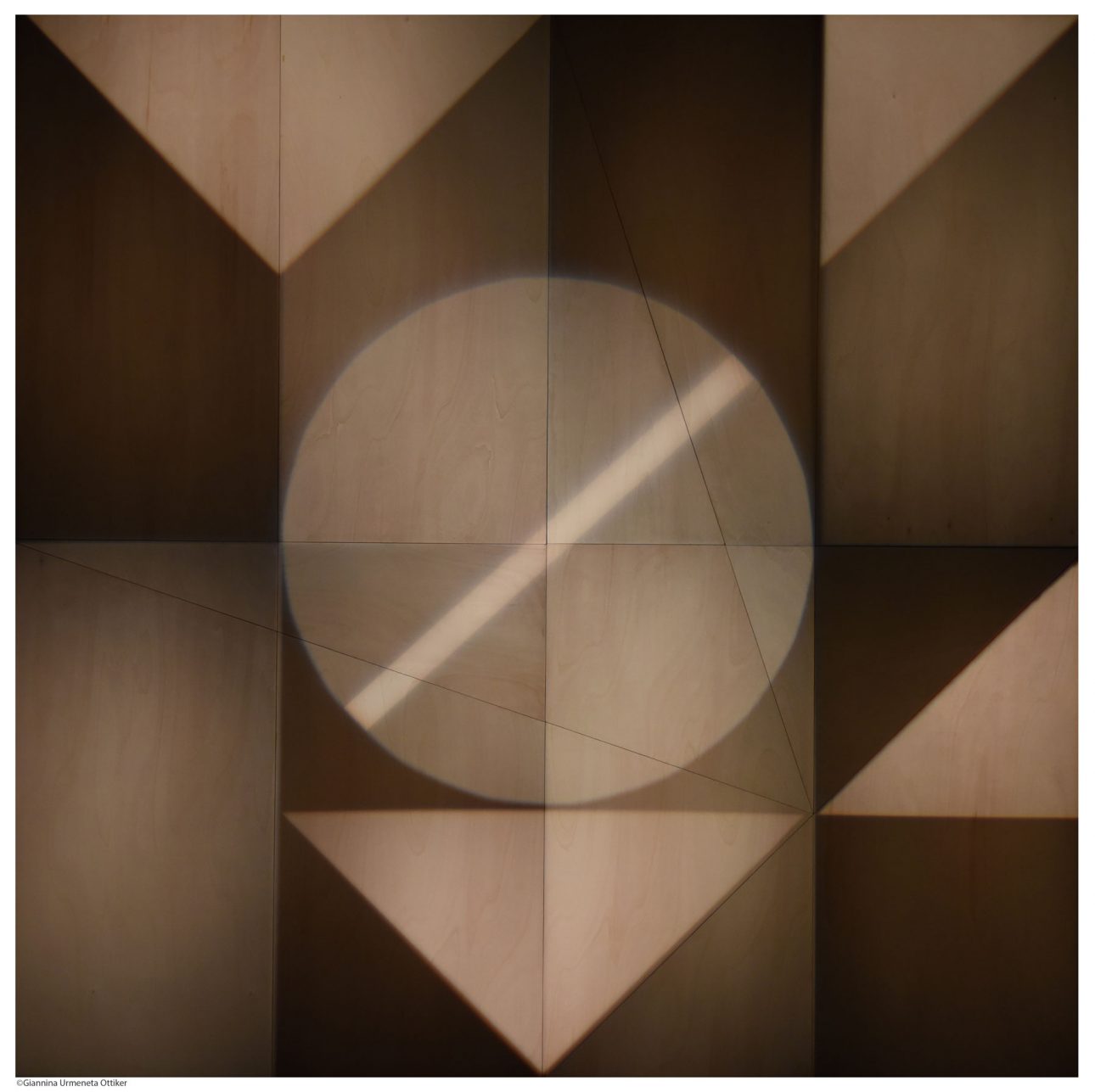 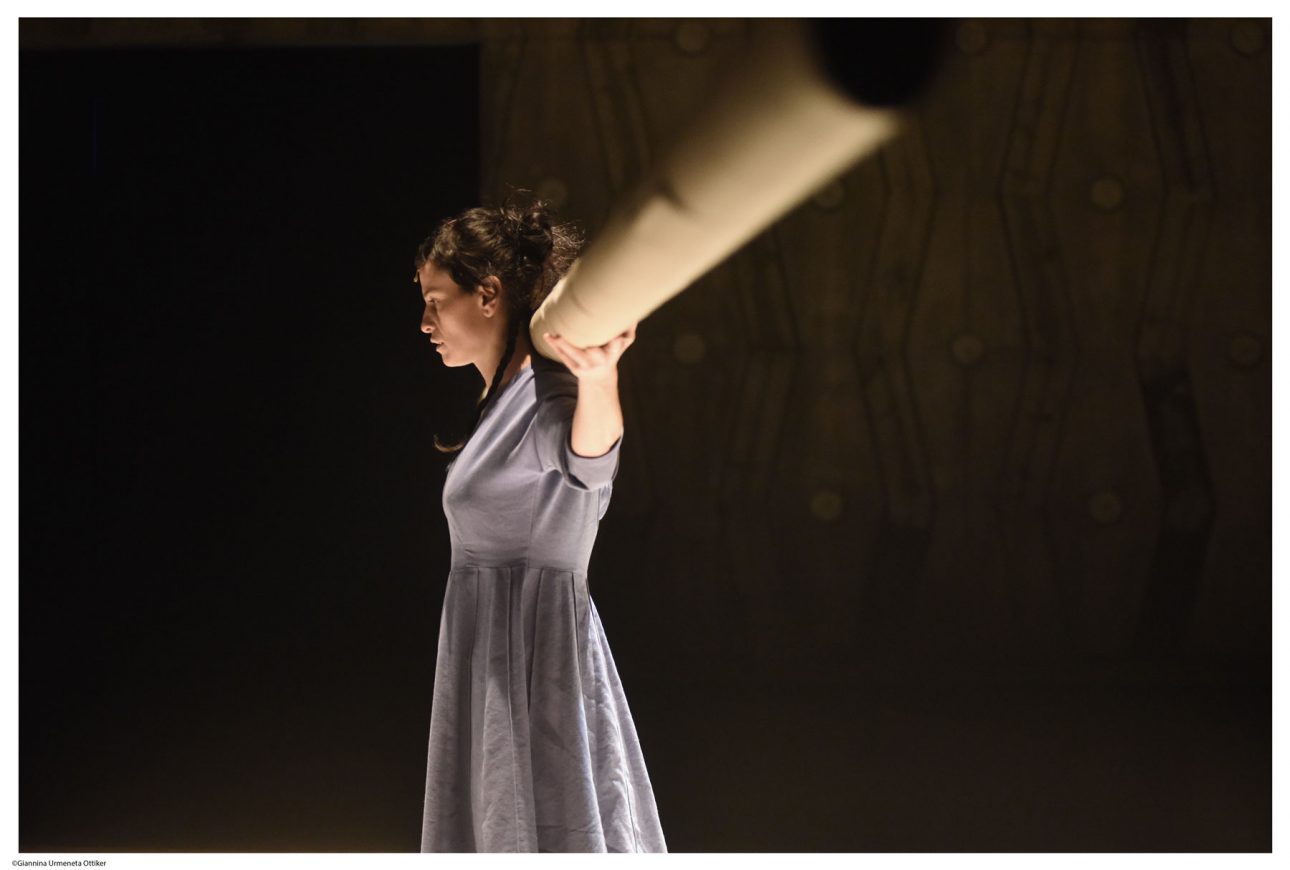 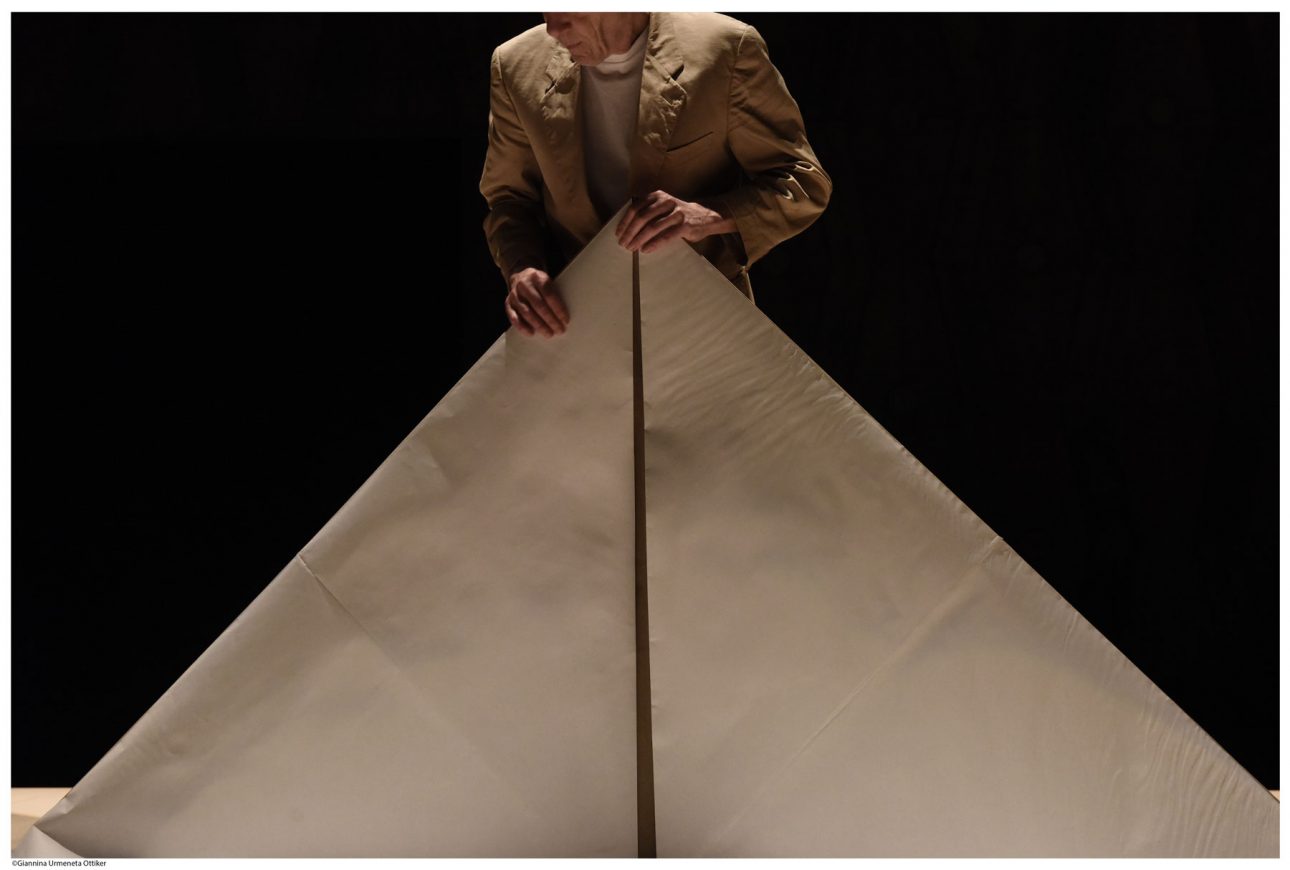 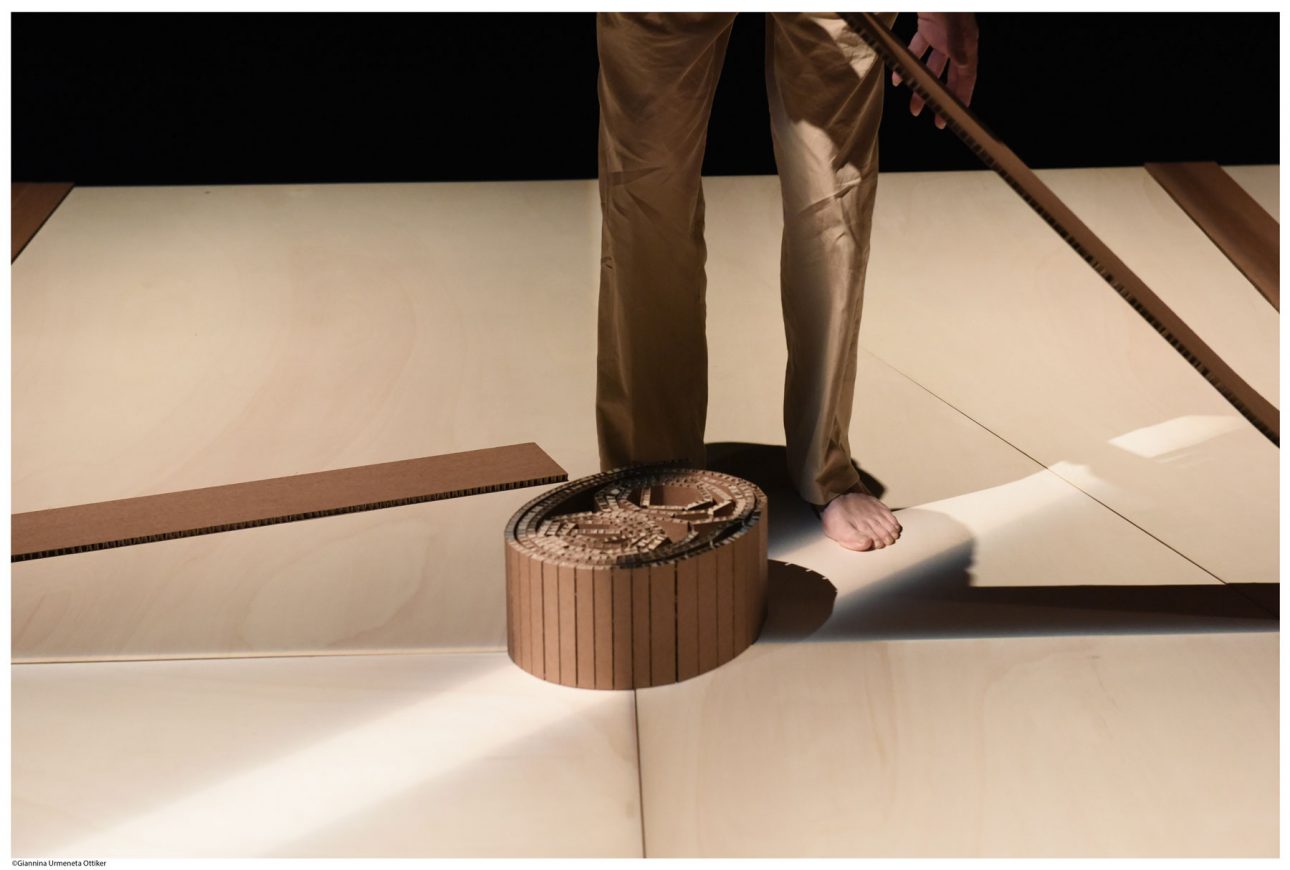 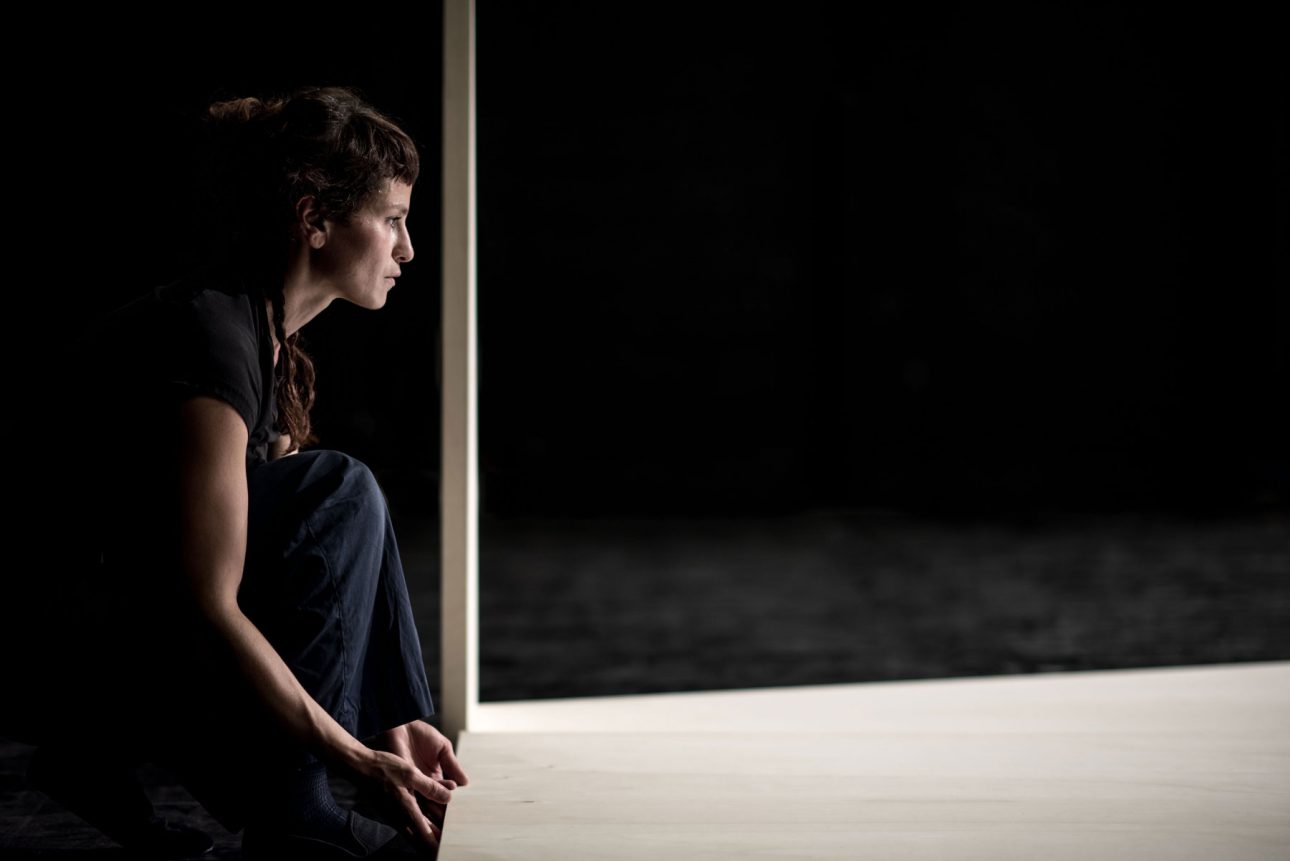 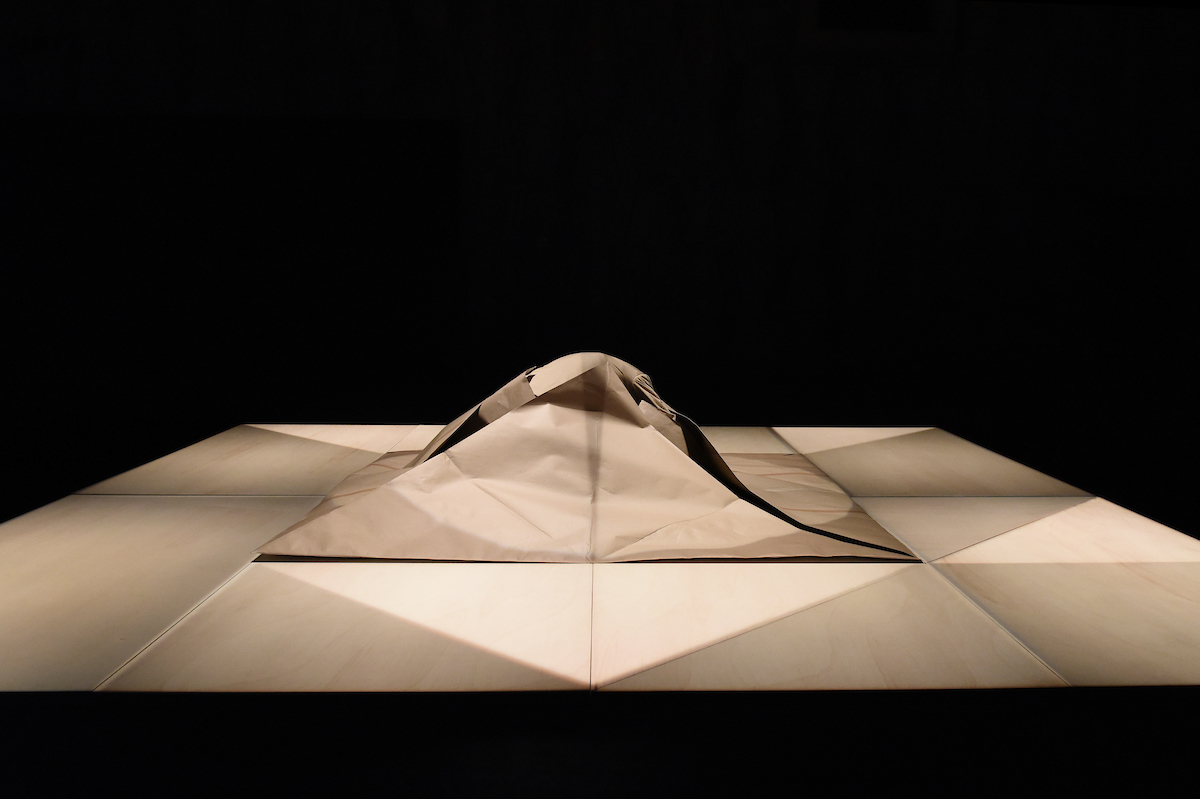 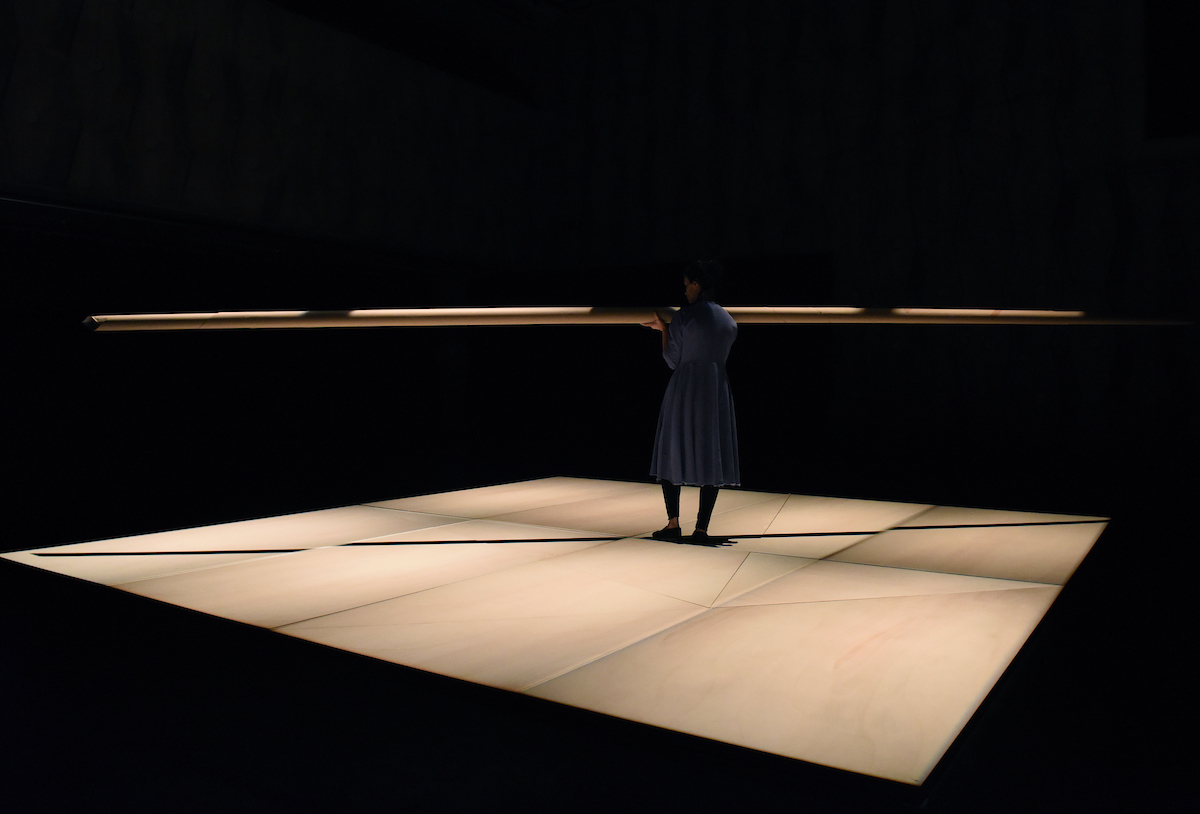