An adaptation of the play written by Eric De Volder.

The main stage , a huge arena with spinning tools were made by visual artist Laurence Malstaff.

Meryem Bayram added a simple aluminium pipe to add  a vertical reference point the position the bodies of the actors. In this way she added an extra tension, when the spinning tools violently hit the pipe which consequently resounded. The hanging stick also gave a feeling of looking from the top , referring to Kadinsky, the same inspiration as the writer Eric De Volder used when writing the piece.

Little aluminium pipes where used in the play to give the dialogues another level and  aces to what is going on in the inner experience of the actor. A way of communication through objects. Exprersions were embodied.

The controlled turning of the spinning tools needed an extra dimension of danger. The accidental needed more visibility. 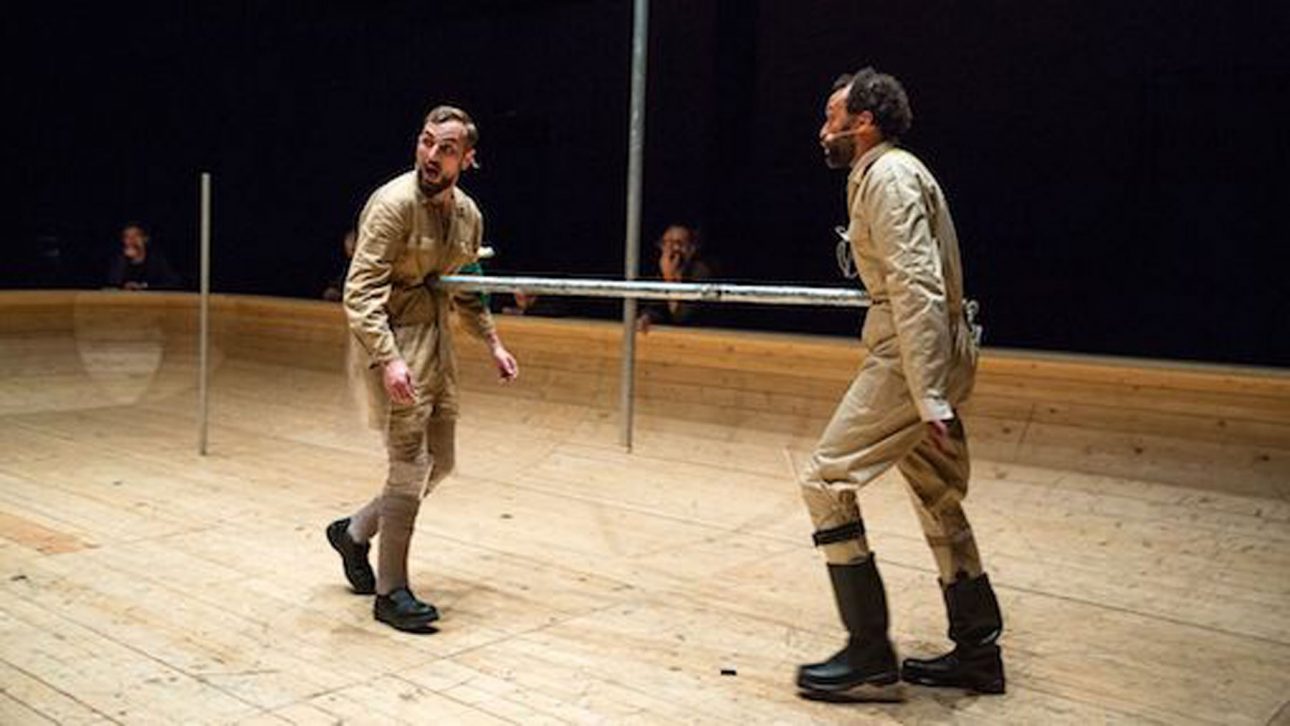 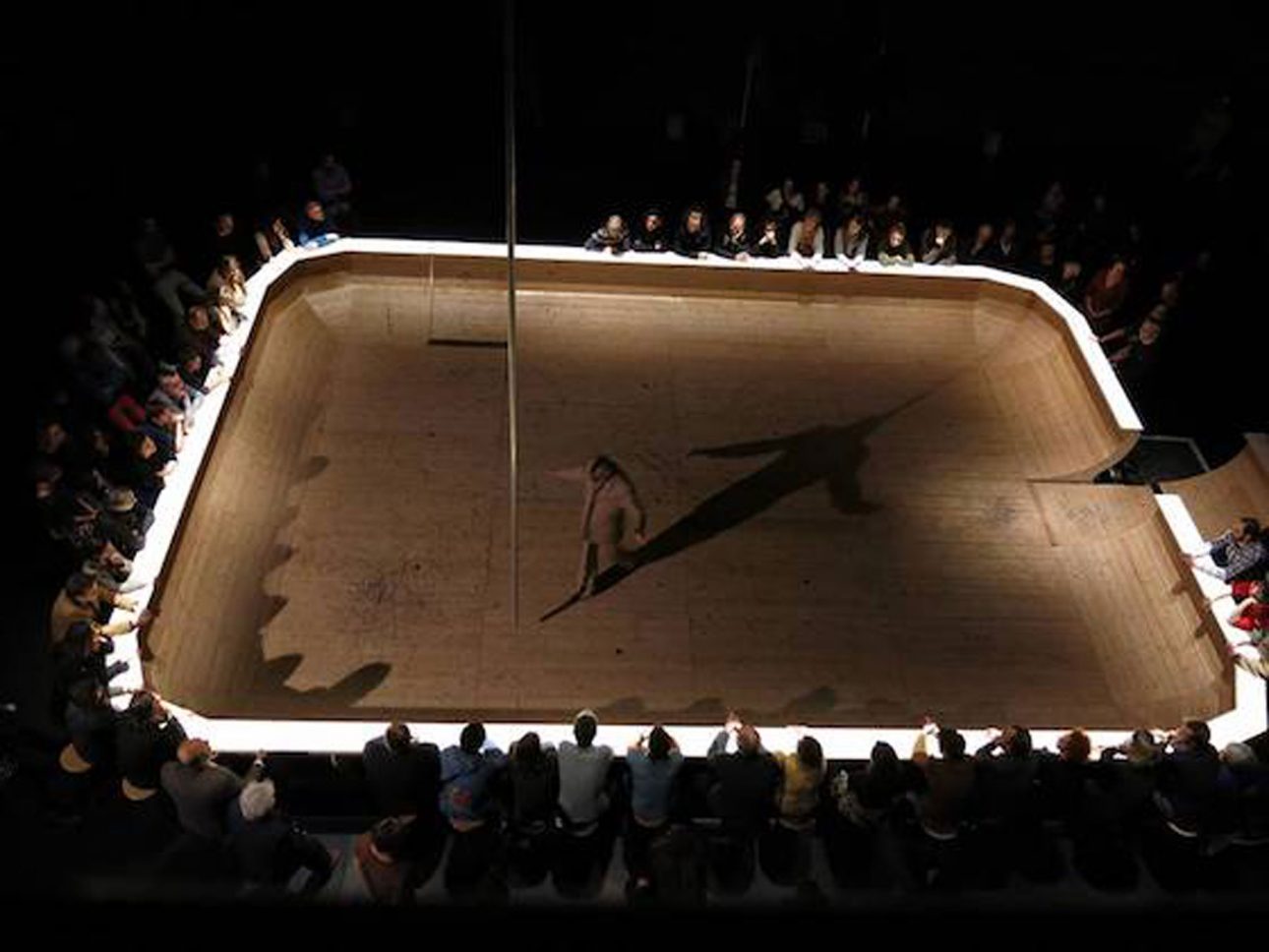 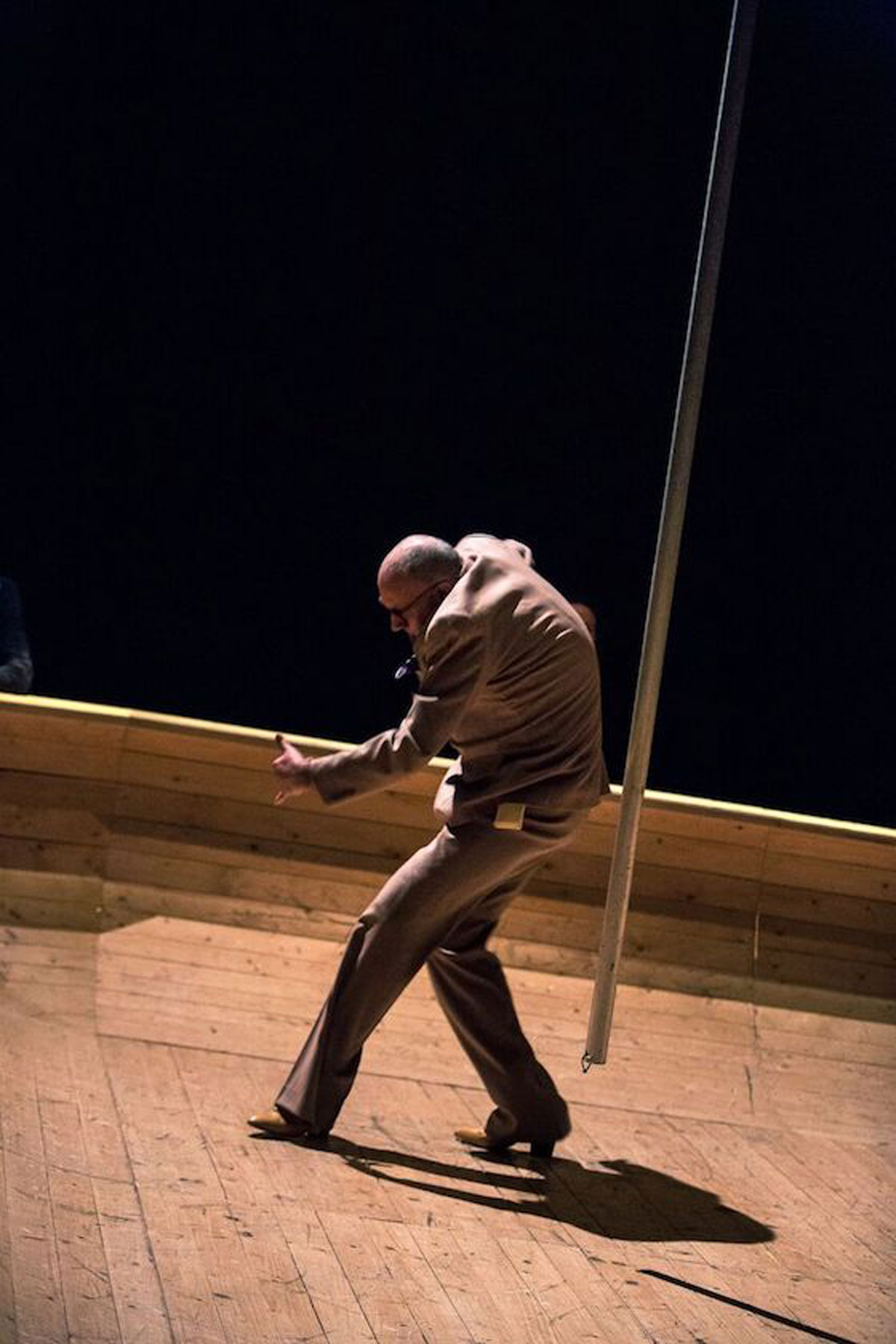 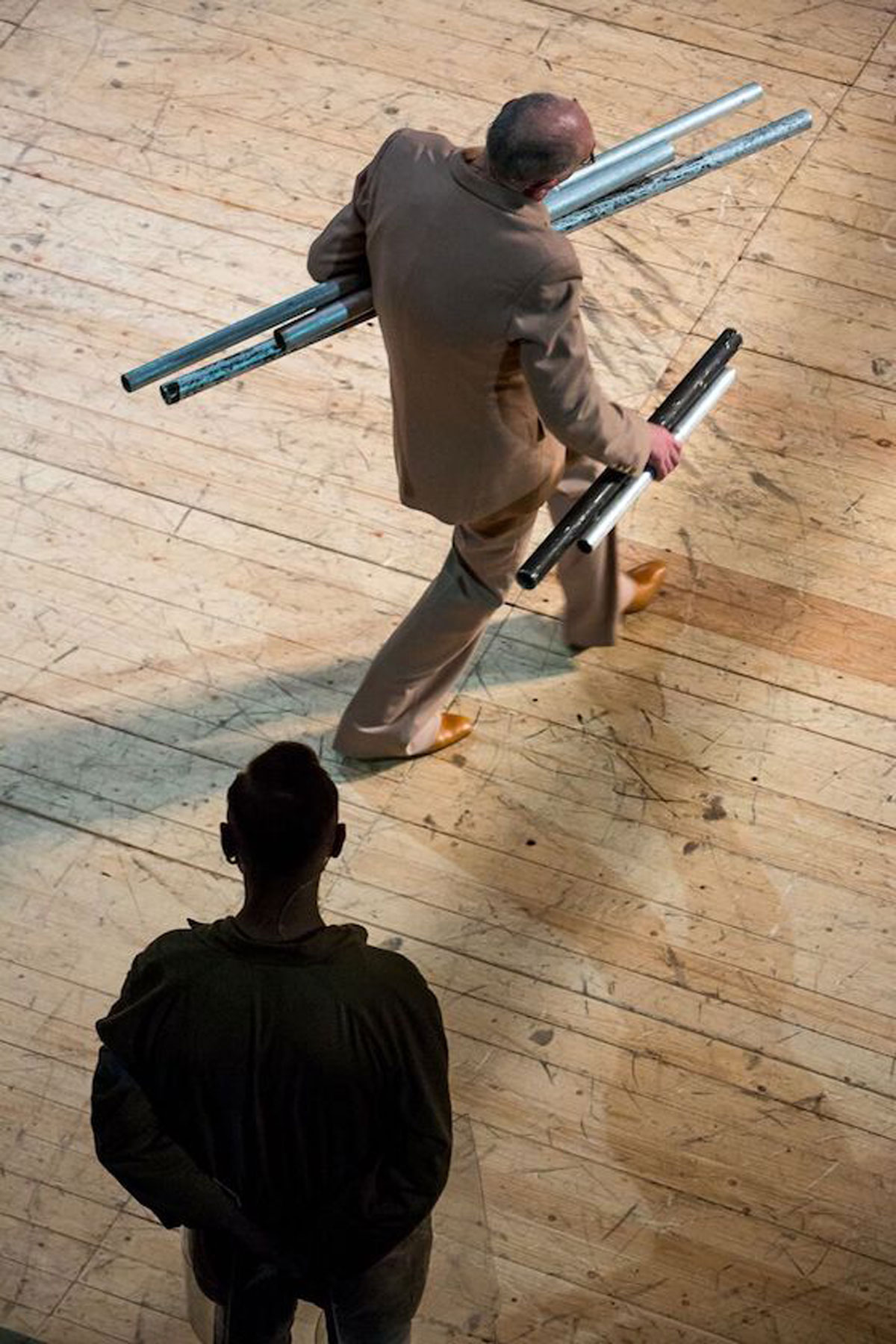 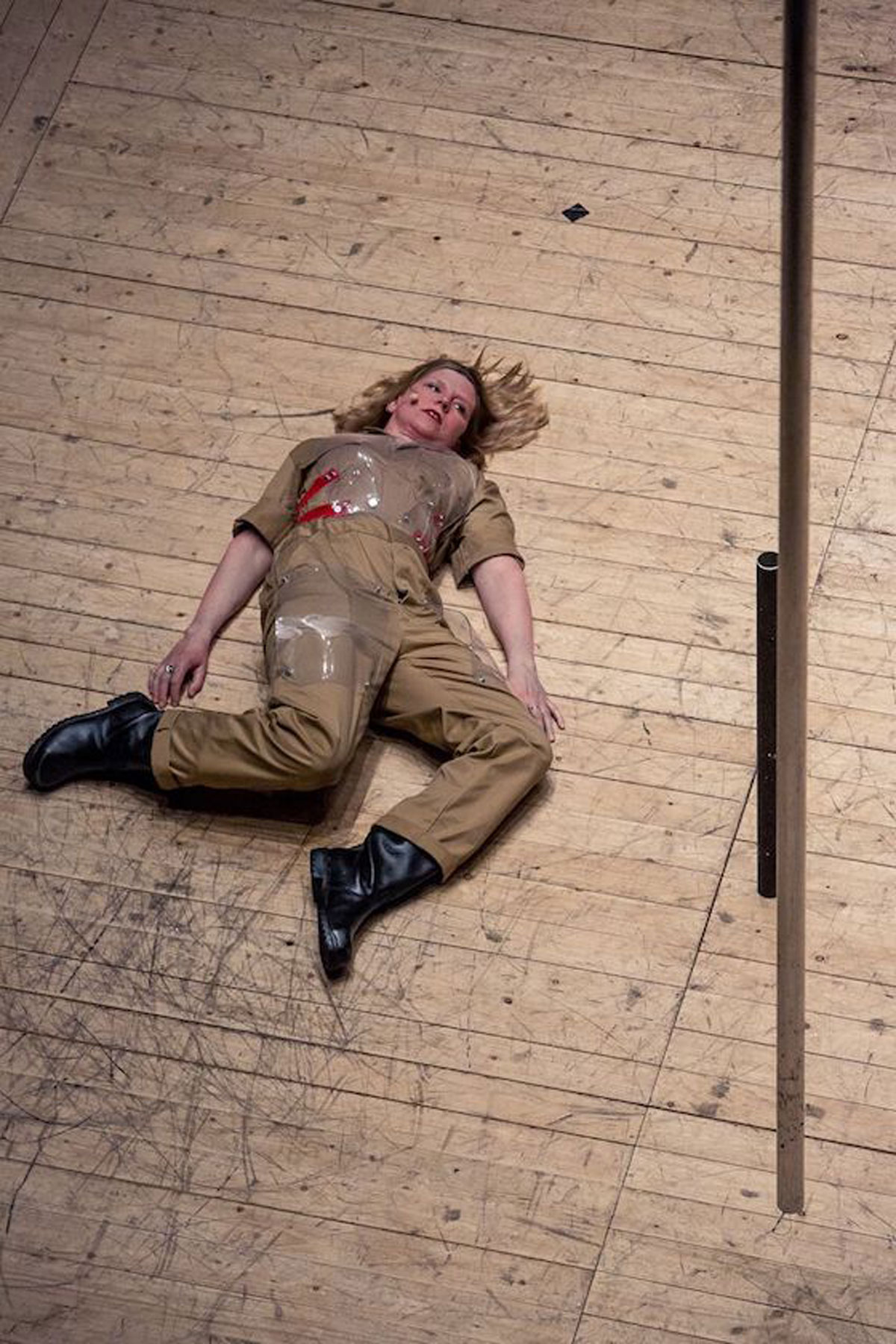 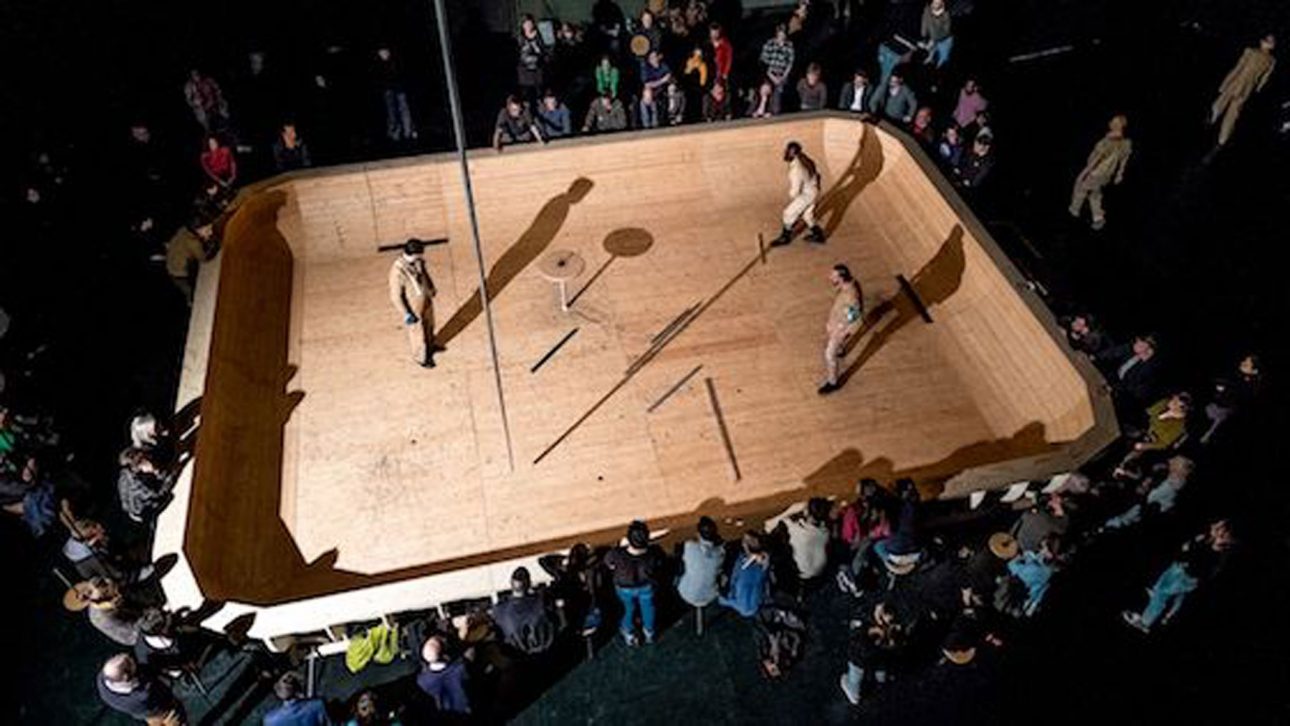 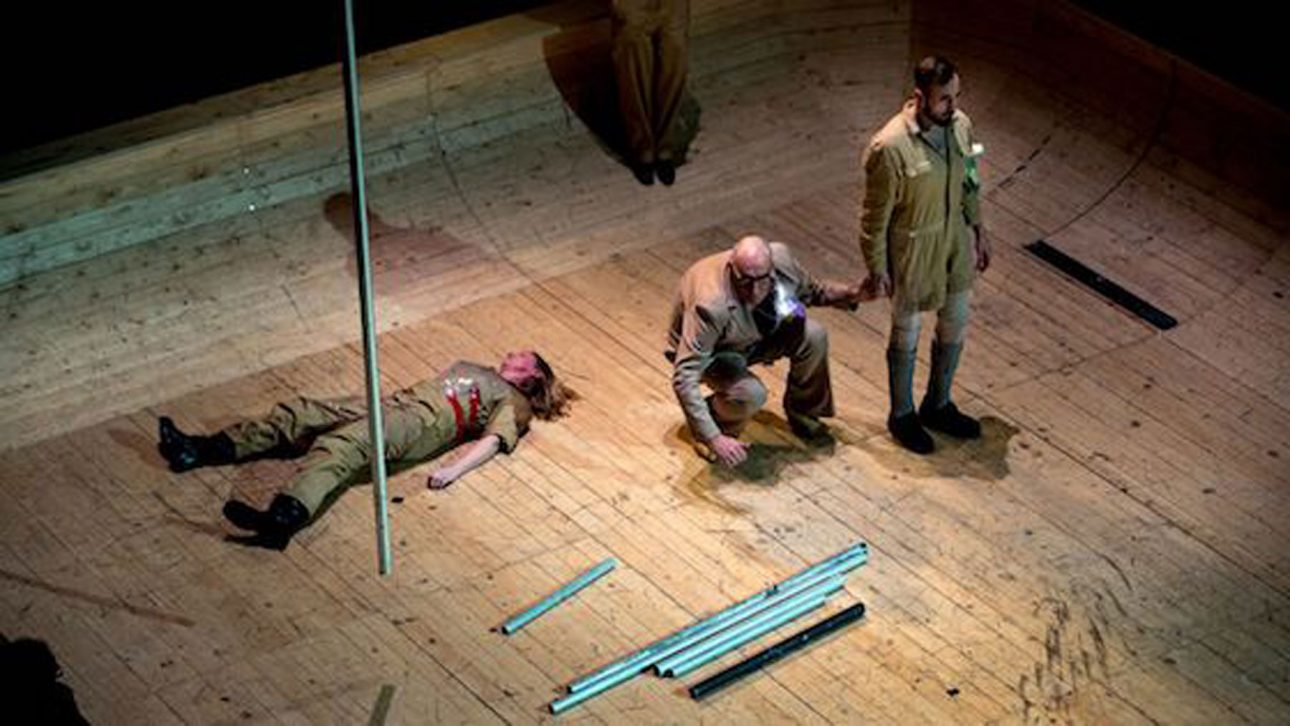 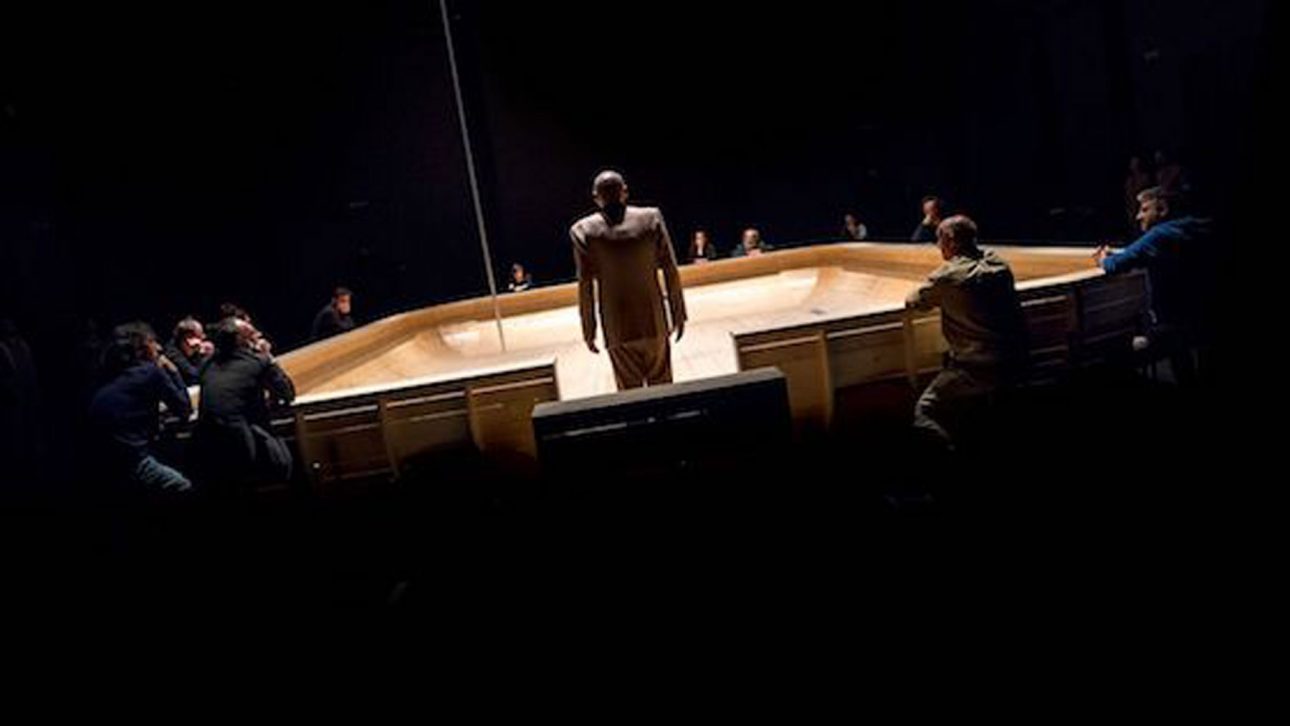