An exhibition during summer 2021 in which Frederik Vergaert (Fred & Ferry Gallery) asked visuals artists Marc Nachtzaam and Meryem Bayram to use the gallery space and enter in dialogue with each other. The result is an exhibition showing a combination of previous and new work. Meryem Bayram reflected on the measurements of the gallery space with its classical outlines of a typical Belgian mansion and its interconnected spaces with open views and hidden corners.

Meryem Bayram showed Katla, four objects she developed for the VR project she worked on with Eric Joris / Crew, Straptrack (2019). In Straptrack she performed as an avatar, folding and refolding a human scaled geometrical patern that was transformed into a virtual and oversized object that explored the endless space that defines the virtual.

The objects are geometrical folding pieces, triangles become squares. The objects were architectural elements in the VR performance but are now placed against the wall giving the a new visual character and referring to an unexisting alphabet and an unknown language. 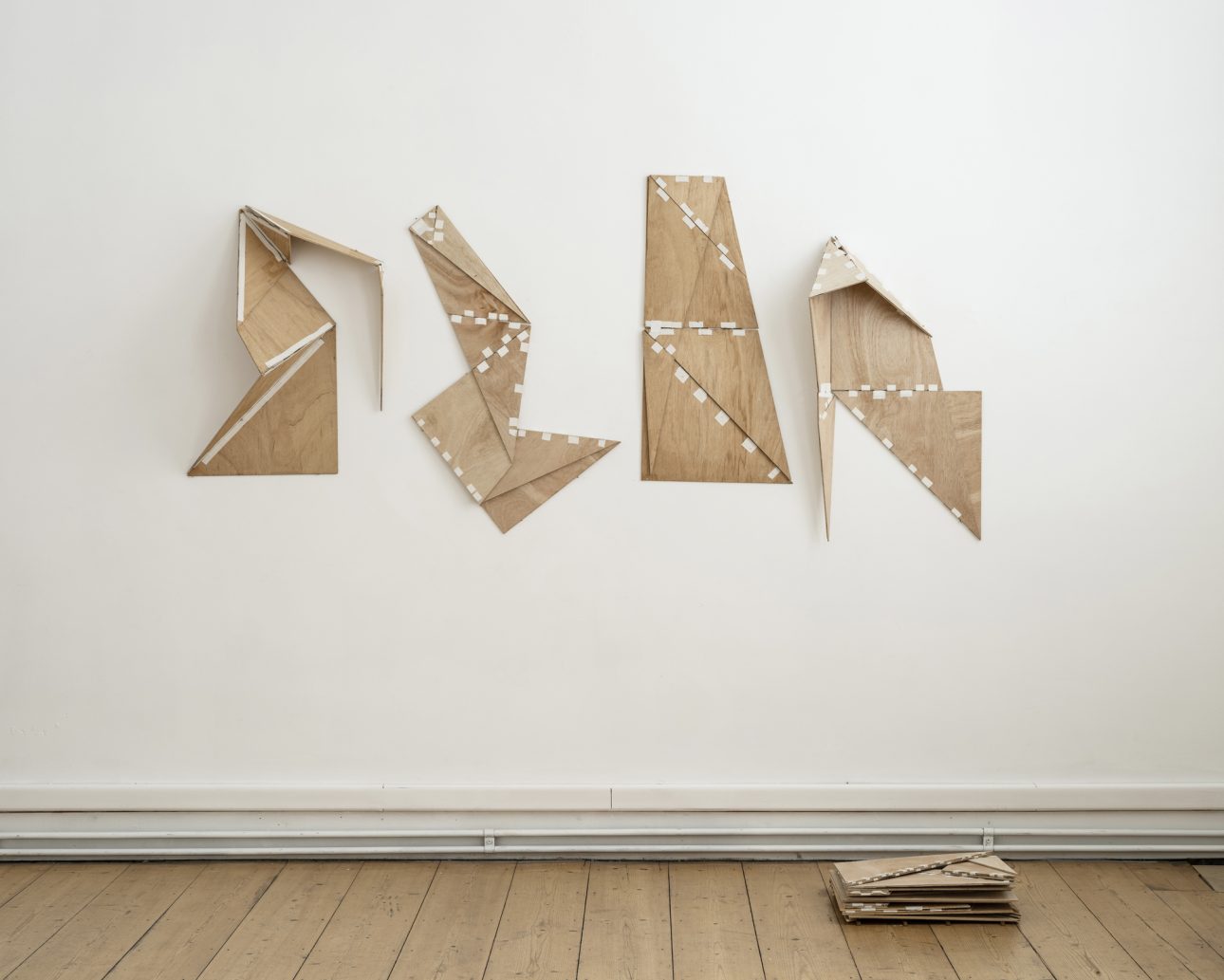 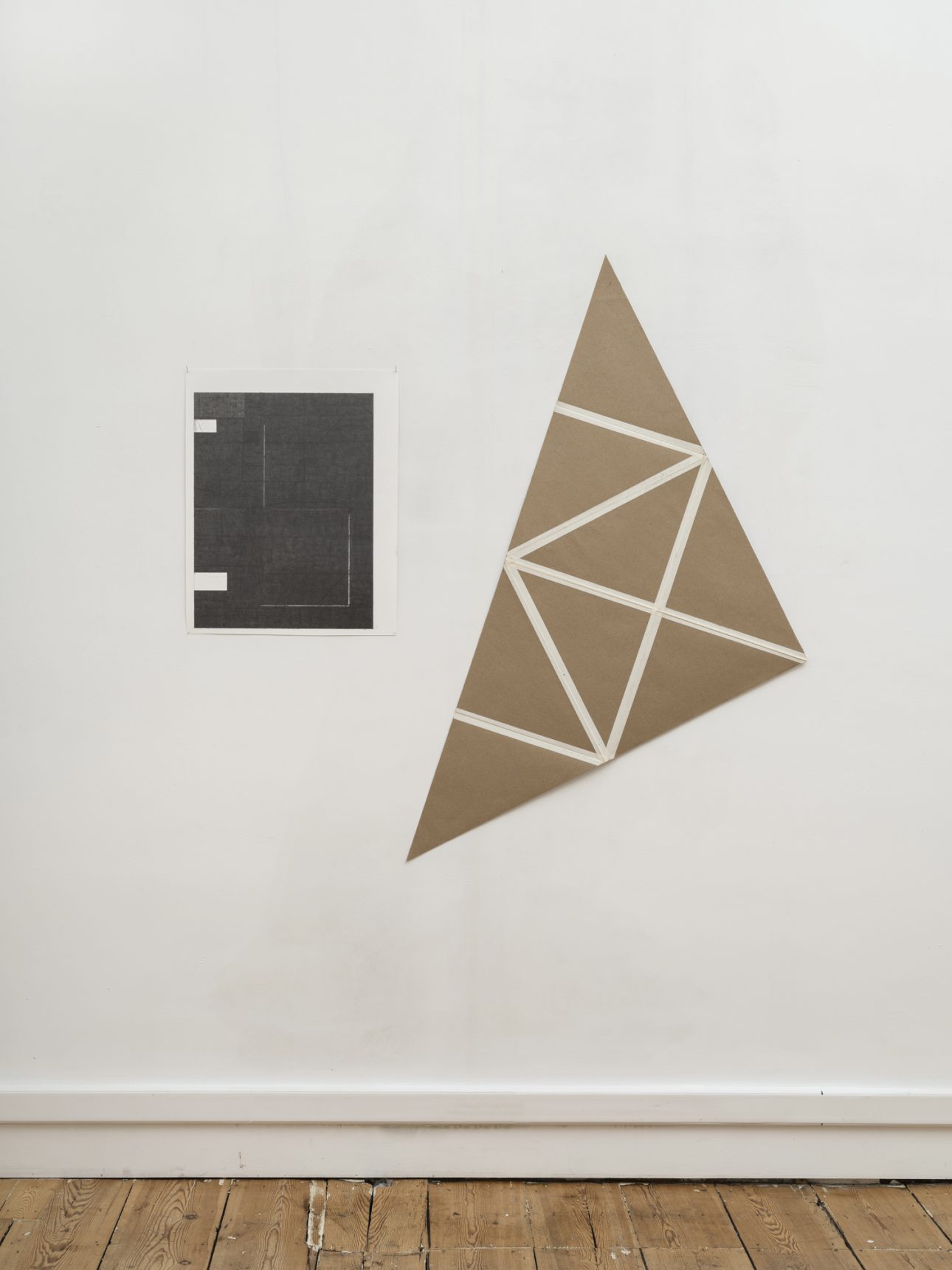 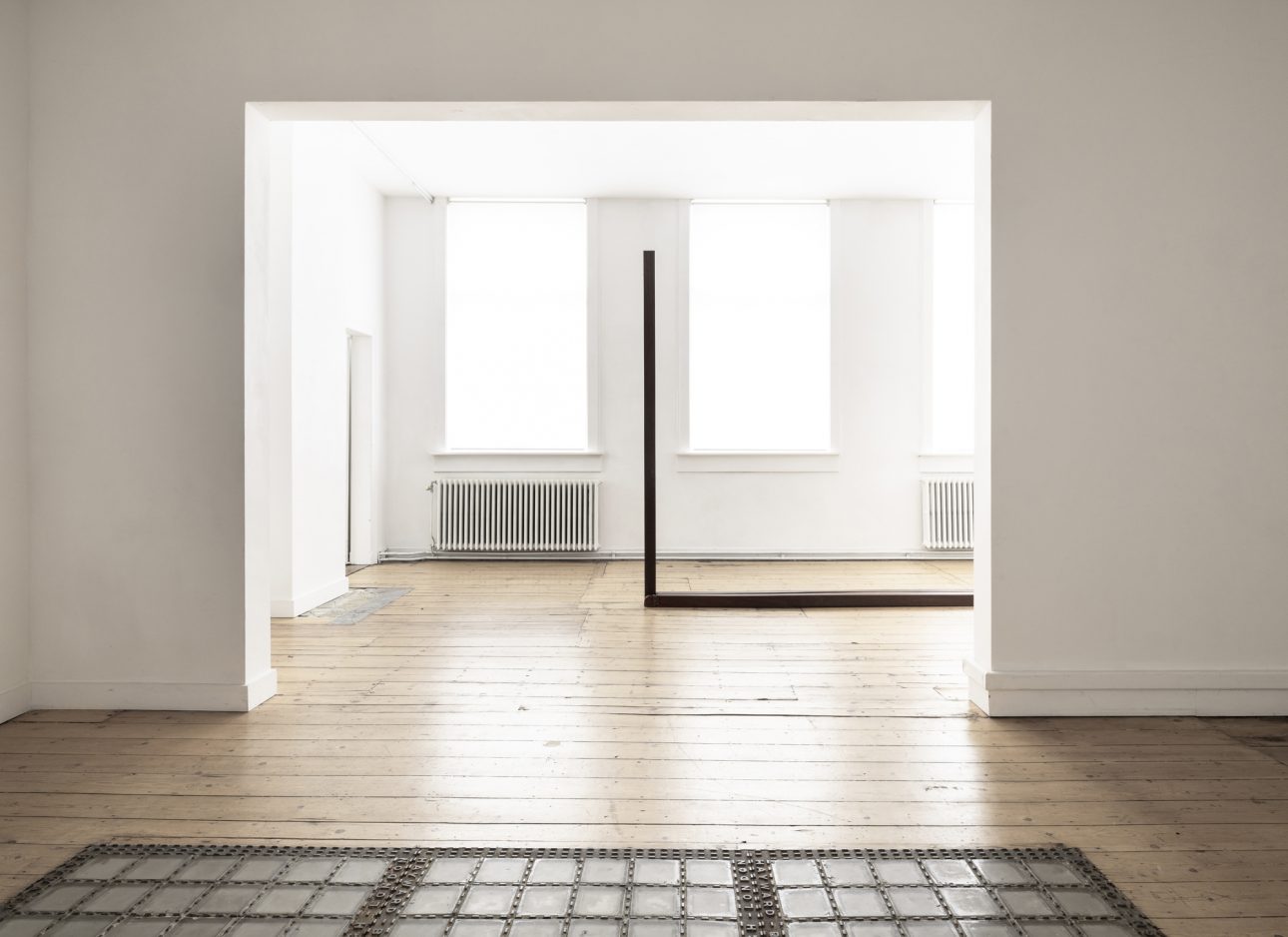 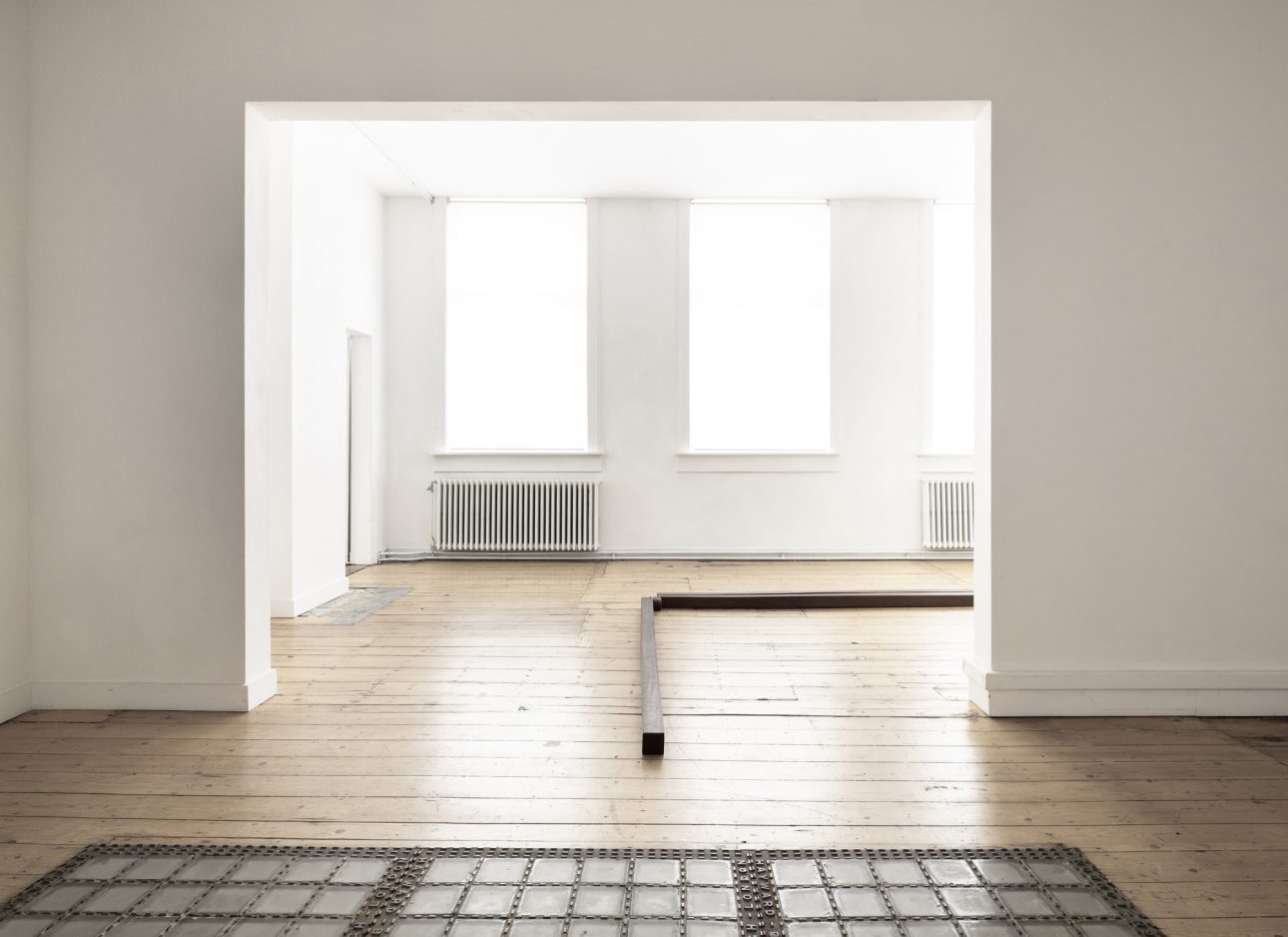 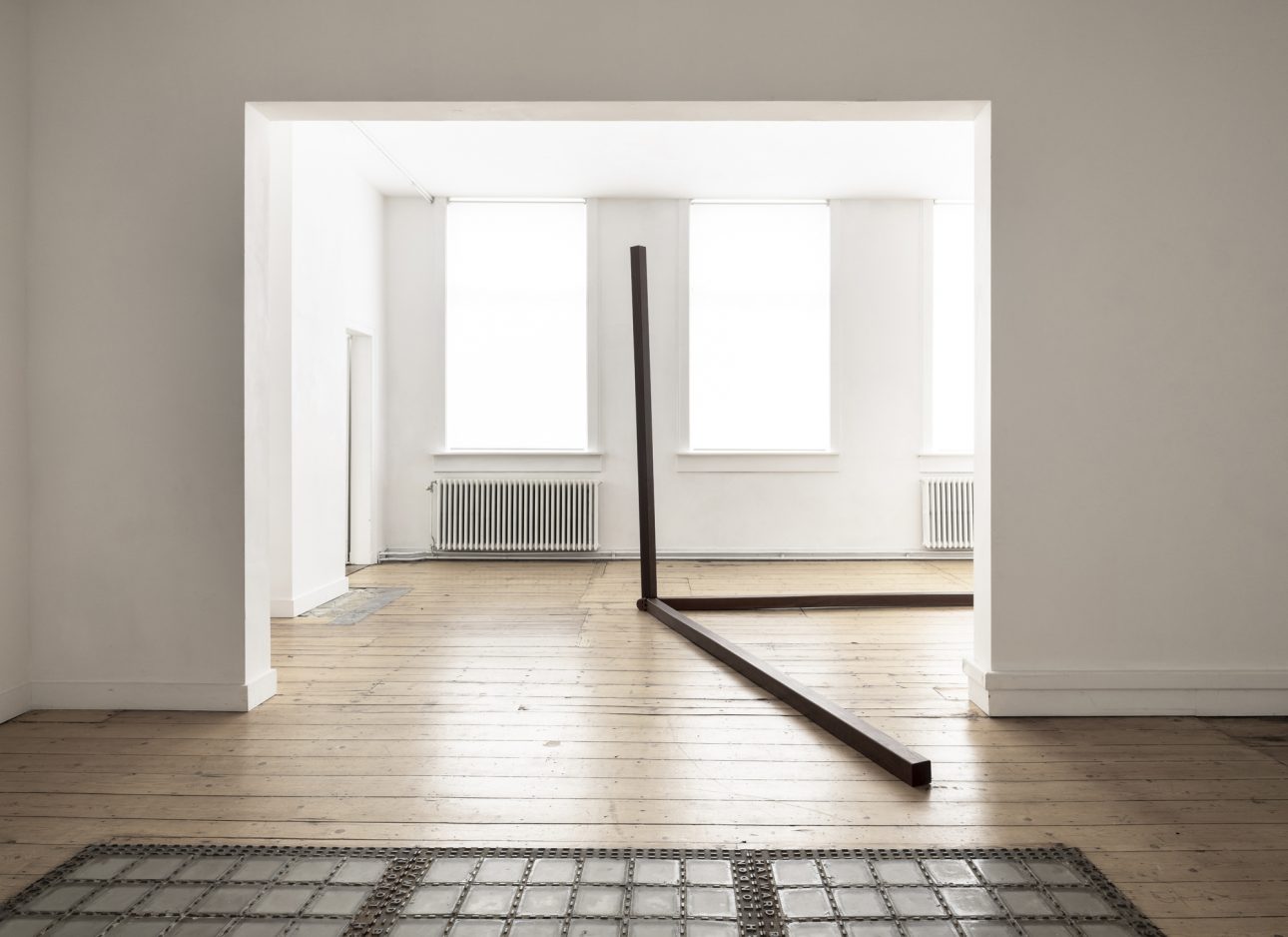 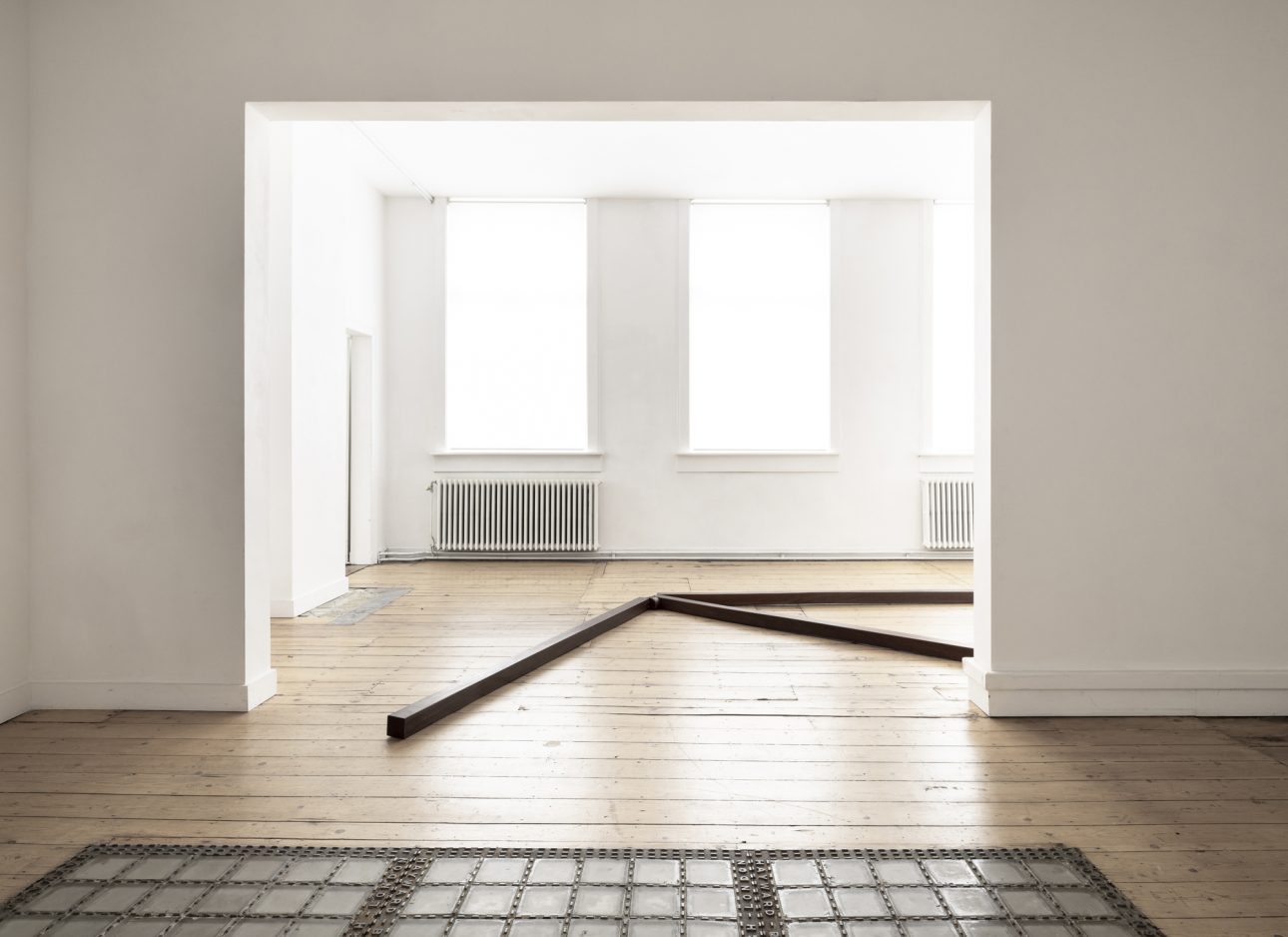